Murter, two bedroom apartment on the ground floor, 500 m from the sea

1
distance from the sea:

In Murter, a two bedroom apartment is for sale on the high ground floor, 500 m from the sea. It is located in a smaller apartment building with only four apartments that is currently under construction, and the expected completion of the works and occupancy is planned for the spring of 2023.
The apartment consists of a open space kitchen, a dining room and a living room, a covered terrace, two bedrooms, a bathroom and a hallway. The apartment has its own entrance, and part of the outdoor area also belongs to it. Each apartment also has a garage, which is not included in the price and is charged additionally.
During the construction of the building and the furnishing of the apartment, top-quality materials and equipment are used, of which we can highlight high-quality aluminum/pvc carpentry with mosquito nets, underfloor electric heating in the entire apartment, air conditioners in all rooms and high-quality security doors.
The island of Murter is the largest and most populated island of the Sibenik archipelago, separated from the mainland by the narrow Murter channel, over which a 12-meter-long movable bridge was built in the town of Tisno. This beautiful island has four settlements, Murter, Betina, Jezera and Tisno. Murter, located in the very center of the island, is the largest of the four settlements. The island is known for its numerous beaches and bays, one of which stands out, one of the most beautiful beaches on the Adriatic, Slanica. Murter can be considered a kind of entrance to the famous Kornati National Park, a group of islets that look like pearls scattered in the sea and take the breath away of every visitor. Contact our agent and schedule your tour.
Note: Renderings are used in the ad. 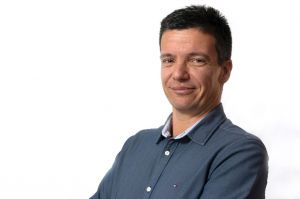 Vodice
Property ID: 2981
Vodice, apartment on the first floor with a sea view

Šibenik
Property ID: 2942
Sibenik, apartment with a yard in a family house, in need of renovation